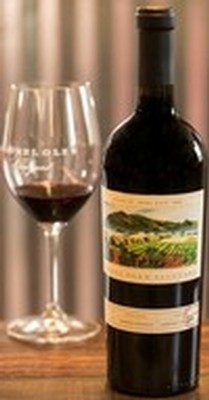 Introducing the Lot series, premiering with Lot 44 from the 2012 vintage. Our effort to connect the past to the future.

Each vintage is unique and thus only 2012 will be called Lot 44, a reference to the fact that 2012 marks 44 years since Cabernet Sauvignon was first planted at Laurel Glen Vineyard.

"A wine made in tiny amounts to mark the 48th harvest at the estate, this red is sanguine in black olive tapenade and dusty, Old World notes of currant and cassis. Well integrated and structured, its tight tannin profile suggests further aging; enjoy best from 2026–2036." Cellar Selection - 94 points. Virginie Boone for Wine Enthusiast

"This is a selection of five barrels chosen for structure and complexity; the wine 100% varietal and estate-grown. Baking spice and clove on the nose lead to soft, leathery earth and a juicy midpalate of currant and plum, while secondary elements of crushed rock and cocoa powder add nuanced texture. ." 94 points - Virginie Boone for Wine Enthusiast

"Medium to deep garnet-purple colored, the 2014 Cabernet Sauvignon Lot 46 has a seriously intense, wonderfully earthy nose of tilled soil, mossy bark, truffles and iron ore over a core of sweaty leather, smoked meats, black olives, crème de cassis and preserved plums. Medium to full-bodied, the palate has a very firm frame of chewy tannins and lively acid with tons of earthy layers and a long, grippy finish. The style is a bit rustic, but it has bags of personality." - 93+ points - Lisa Perotti-Brown MW for Robert Parker's Wine Advocate

" . . . blueberry and black raspberry, along with cassis, licorice and forest floor. It is full-bodied, opulent, savory and multidimensional. Another terrific and youthful but promising wine, it should evolve for at least two decades." - 94+ points, Robert Parker for Robert Parker's Wine Advocate