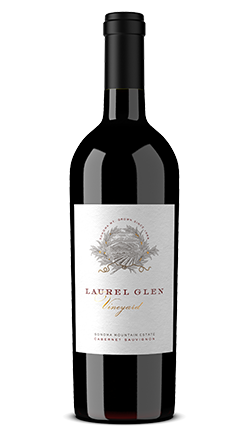 “It’s a dense and compact wine, showing mountain tannins framing black current, cassis, mineral, violet and new oak flavors. Despite its opulence, the finish is dry. Made from 100% Cabernet, the wine needs time in the cellar. Try it after 2018, and it should be rolling along in the mid-2020s.” 93 points & Cellar Selection, Wine Enthusiast Magazine

“The saturated ruby/purple-colored 2010 Cabernet Sauvignon Estate (100% Cabernet Sauvignon; just under 1,000 cases produced) was aged 30 months in French oak (50% new). It reveals an attractive, tightly knit nose of forest floor, blackberries and black currants, a rich, full-bodied mouthfeel, and plenty of structure, tannin, depth and richness. Clearly built for long-term cellaring, this textbook mountain Cabernet Sauvignon should be consumed between 2017 and 2030. It is the finest Laurel Glen Cabernet Sauvignon I have tasted in over a decade.” - 92+ points, Robert Parker